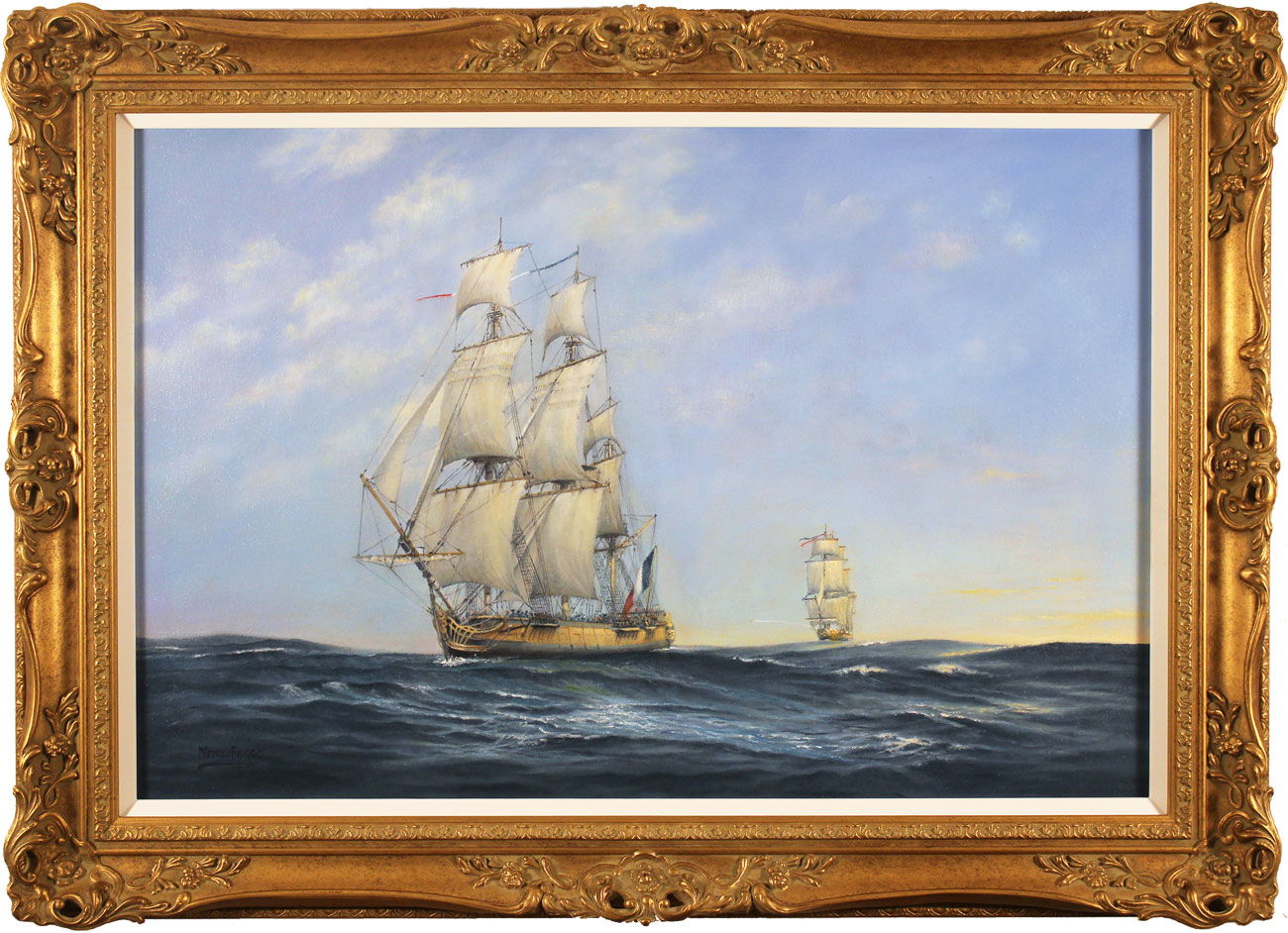 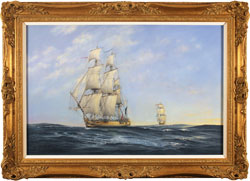 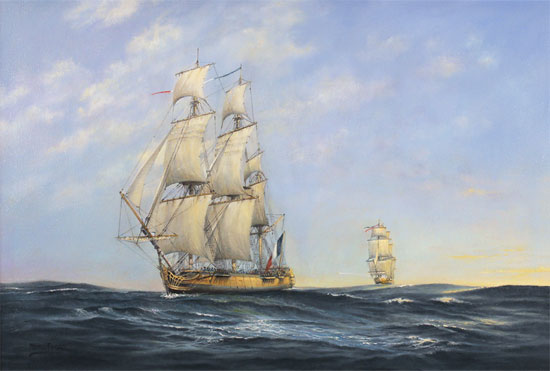 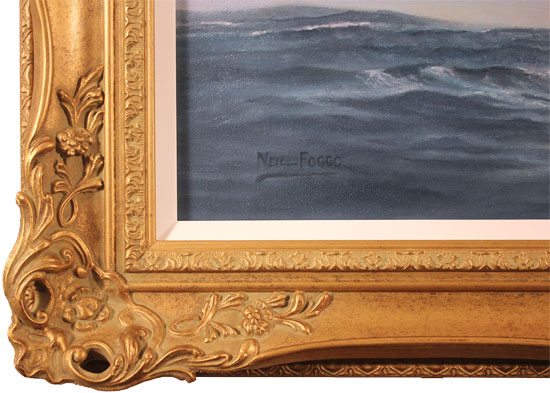 On the 7th June 1781, 15 miles South East of Long Island the French Frigate "Hermione" was intercepted by the British Frigate "Iris" patrolling the local waters.

Before overhauling the Hermione, the Iris fired a heated shot from her bow chaser to slow the enemy frigate. This is the position both vessels are depicted in the painting.

After an hour and a half of canon and musket exchanges the action was broken off and both vessels were left to lick their wounds.

The British were well aware of the Hermione, as she had played a part in breaking a blockage of the British fleet at Chesapeake Bay, delivering funds and reinforcements to Washingtons' Army--a contributory act to the eventual surrender of the British at Yorktown.

This artwork can be purchased securely online.

All major credit/debit cards, cheques and cash are accepted at the gallery.

National and international delivery is available for this artwork.

All artworks can be collected from the gallery during normal opening times.

To request further photos for specific artworks please contact York Fine Arts by telephone on 01904 634221, stating the artwork's reference code, title and the area to be detailed.

This artwork can be viewed in our York gallery.

A home viewing option is available.