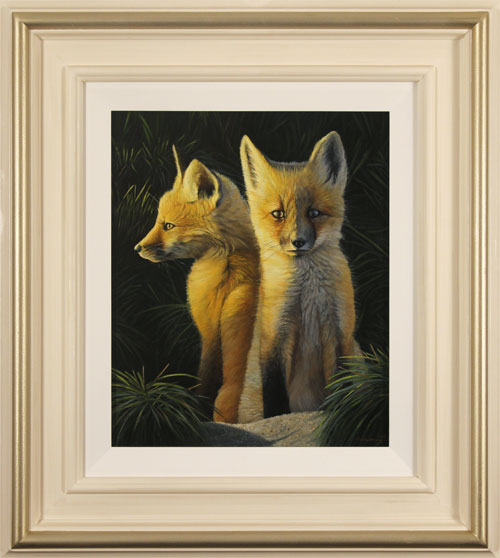 With a refined technique and resounding passion for wildlife, Ben Waddams has built a reputation as an exceptional talent in his field.

As a child Ben was introduced to painting by his grandmother, who would take him on excursions to the Lake District, where the two would paint side by side.

After graduating with a First-Class degree in Fine Art in 2006, Ben travelled extensively throughout Central American, Africa and the United States. Travel and exploration have become an essential part of Ben’s artistic practise, as it is through photographing and observing wildlife that he finds his inspiration.

Ben’s dedication to wildlife has led him to become an active voice in the world of conservation, founding a wildlife charity in Tanzania with his wife, which strives to protect the countries’ rare and exotic animals.

Working in oils, Ben’s evocative and technically exacting work has garnered him much acclaim, as well as a loyal following of collectors. His paintings capture moments of sublime beauty, as animals engage with their natural habitats and peacefully exist outside of human disturbance.

In 2010, Ben was a finalist on the BBC Wildlife Artist of the Year competition, having gone from strength to strength since debuting as a wildlife artist. Today his paintings hang in major collections all over the world, thanks to their accomplished and timeless appeal.