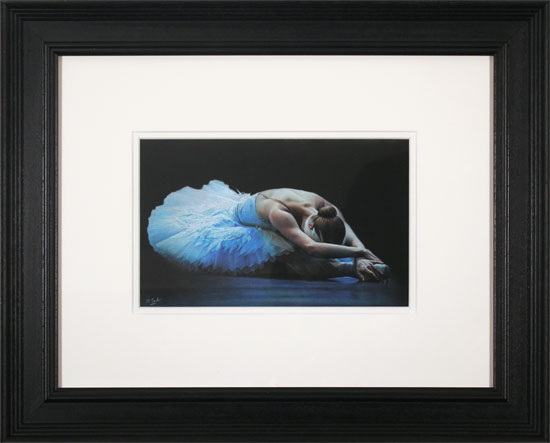 Widely regarded as the world’s leading classical realism artist and described as “the next big thing” by The Sunday Times, Darren Baker is of the UK’s most collectible artists of the 21st century. Since his remarkable portrait of the Queen was unveiled by Princess Anne at Westminster Abbey in 2011, Darren Baker has proved an unstoppable force in the fine art world.

Taking inspiration from the Old Masters and contemporary realist painters, Darren Baker has become a leading artist within the classical realism genre. An accomplished artist with a firm mastery of oils, pastels and charcoals, Darren has excelled across a range of subjects, including still life and interiors, portraiture, figurative work, landscapes, cityscapes and equestrian and ballet studies.

Born and bred in Meltham, Darren graduated from Bradford Art College in 1998 and quickly rose to fame exhibiting widely throughout Europe, Japan, North America and the UK. At the age of 23, he was appointed official artist of the Professional Footballer's Association (PFA), giving him considerable recognition within the celebrity industry and a strong foundation on which to grow his career.

Darren has an impressive list of accolades, including Official Portrait Artist to Her Majesty the Queen in 2011, Official Artist of the 2012 Olympic Games and the winner of the Garrick Prize at Christie's, London. He has worked alongside and produced paintings for such sporting stars as Lewis Hamilton, Steven Gerrard, Wayne Rooney and Amir Khan, and has also been commissioned to produce portraits for HRH Prince Charles, Tony Blair and the royal family of Bahrain. His work can be found in both public and private art collections, including those at the Vatican, the House of Lords, 10 Downing Street, St James Palace and the Professional Footballers Association.  Described by The Sunday Times as “thrilling” and “virtuosic”, his paintings remain highly sought after around the world, making each piece a prized acquisition for collectors.

No artworks from Darren Baker are currently available, please contact the gallery for future availability