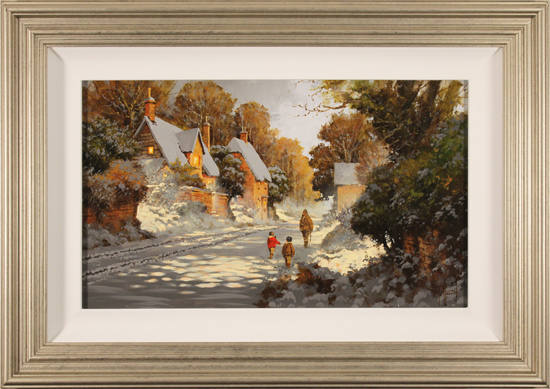 An artist of extensive accomplishment, Richard Telford is a versatile artist who excels in both traditional and contemporary painting.

Richard Telford spent his childhood growing up in the picturesque town of Dorchester. He developed a keen interest in painting from an early age, so it was no surprise that young Richard spent much of his free time painting. When his talent was recognized by a local gallery, Telford decided to pursue the arts professionally.

Despite his interest in the arts, it nonetheless took Telford a few years to turn to painting full time. After graduating from art college, Telford initially took up a career as a graphic designer. However, he soon found the role to be unfulfilling, so he decided to resign his post and further his ambition to paint full-time. He was admitted into the studio of Terrance Anton who taught him the art of professional landscape painting and helped Telford to take the first steps in his professional career as an artist.

Telford’s versatility as an artist is astounding. His use of soft, bright colours in his landscapes evoke a serene atmosphere, while in contrast, the primarily monochrome palate of his urban cityscapes—apart from a single splash of trademark red—lends itself to a more vibrant, contemporary mood. No matter his subject or the manner in which he chooses to paint it, Telford never ceases to produce work of the highest calibre.

Over the years, Richard Telford has achieved notable success as a professional artist. He has established a wide and growing collector base, all who admire his remarkable ability to produce work of such simultaneous variety and quality. His work has also been extensively published as prints and greeting cards.