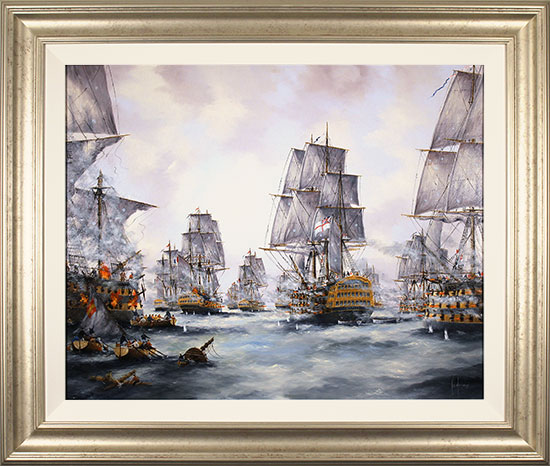 A professional painter for over 30 years, Ken Hammond is a well regarded British marine artist. Influenced by the Dutch Masters his work contains elements from his personal experience with the power of the sea.

Painting professionally since 1971, it was his love of boats and the sea gained from holidays spent on the River Fowey estuary in Cornwall that influenced his paintings of creeks, harbours, and animated marine scenes.

Being a crew member on the training schooner Sir Winston Churchill, and also on a Thames sailing barge, enabled him to gain an understanding of the intricacy of sailing vessels. His love of coastal scenes and old ships have brought him to the South Coast, where he now lives.

In a variety of mediums, Hammond is always trying to achieve new and different styles to impress his audience. His paintings can now be seen in select galleries in the UK, and are in many international private collections.