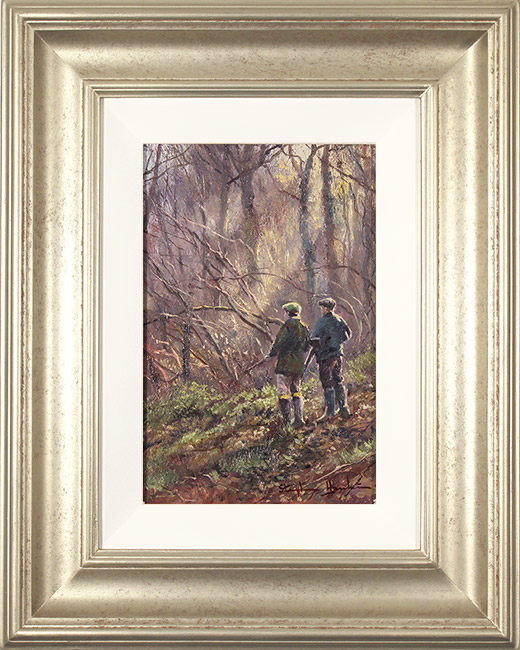 Stephen Hawkins has always been passionate about art. As a child, Stephen combined an enthusiasm for horses with a love of drawing.  He displayed a natural artistic ability, and he went on to create a number of equestrian and countryside paintings. Though he is accomplished in various mediums, today he prefers to paint with oils.

Today, Stephen works as a professional artist, as well as occasionally teaching and demonstrating his skill to various art clubs. Since moving to Sussex around 20 years ago, Stephen has concentrated on landscapes, mainly of the South Downs and Sussex.  His paintings capture the subtle changes of light and shade throughout the seasons.  The inclusion of sheep, cattle and horses in many of his landscapes help to authentically convey the peaceful atmosphere and mood of modern day ‘Down land’ life.

His paintings have been exhibited at the Royal Society of Equestrian Artists and at various exhibitions around England.  In 2015, Stephen was awarded the SAA’s title of ‘Artist of the Year’, and was featured in ‘Paint’ magazine. Stephen's work is now highly collectable and sells regularly from galleries across the UK and USA.