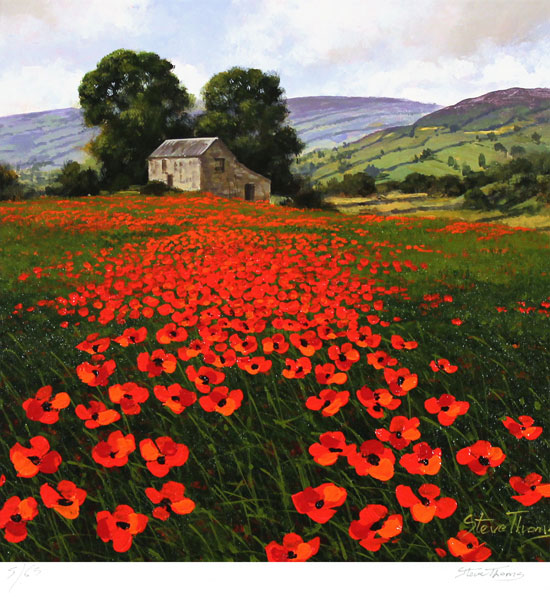 An artist of natural ability, Steve Thoms has developed his own style with great finesse. Using relatively simple subjects and ideas, Steve applies his unique style to create stunning oil paintings that encapsulate the true ambience of different countries in a dramatic way.

Steve has always had the drive and practical ambition to become a successful artist. An accomplished artist and cartoonist in his younger years, Steve began to paint more seriously in 1981. By 1992, he had developed his skill such that he was able to quit his job and become a full-time artist.

Steve’s emotive style of painting is inspired by Edward Hopper and the other American impressionists. Their mastery of capturing bright sunlight and deep shadow to provide an instant vitality to their work remains a deeply rooted inspiration to Steve. With his own choice of vivid colours and contrasting tones, Steve creates a clearly defined mood to his paintings and brings them beautifully to life.

Steve’s career as a professional artist has seen much success. Though he paints primarily in oils, he has lectured and demonstrated both oil and acrylic painting techniques to art societies throughout the North of England. He has exhibited throughout the UK and the USA, and his work has been commissioned by publishing companies and private collectors across the globe alike.