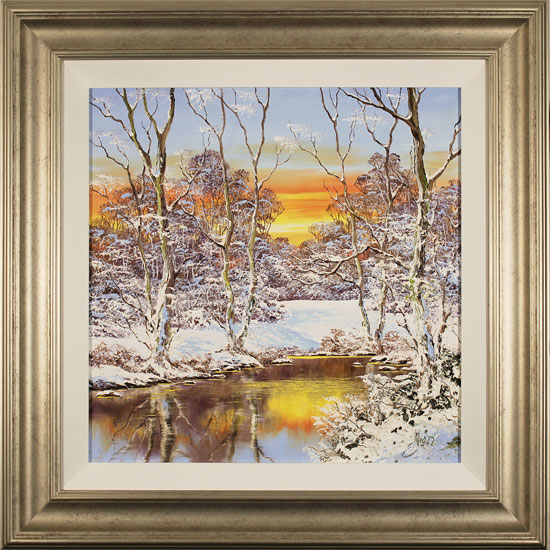 Terry Evans has a truly unique style that has brought him great success as an artist, and much pleasure to his devoted collectors.

Terry originally started painting for pleasure, painting portraits, racing cars and dogs. He first experimented with water colours and acrylics before trying his hand with oils.  He quickly found that painting with oils gave him a much greater freedom of expression. Taking his work in a different direction, he began to take advantage of the properties of oil paint, creating lush landscape paintings full of texture and emotion. It was these paintings that became the turning point of Terry’s career.  The popular demand for his work made it possible for him to turn his hobby into a professional career as an artist.

Terry Evans attended art school at Hornsey, London; but the primary source of his inspiration was the impasto work of renowned artist Charles Lefar. Building on the approach of Lefar, Terry went on to develop a distinctive style all his own that would set him apart from his contemporaries.

Wild yet retaining exquisite detail, Terry’s paintings sumptuously capture the organic beauty of the natural world. His sculptured landscapes portray an unspoiled wilderness of trees, flowers, mountains, glades, rocks and pools with pristine clarity, as if untouched by any human presence. His liberal use of paint lends itself to lavish pieces representative of nature’s abundance.

Terry Evans has exhibited one-man shows in the Langres Gallery, New York and the Rubens Gallery in Miami, as well as in Norway, Singapore and London. His work continues to be collected by a wide variety of collectors, and can be found in private collections across the globe—a true testament to his timeless and universal appeal.