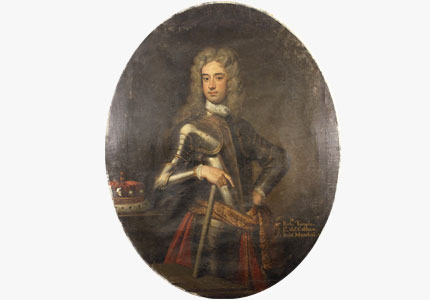 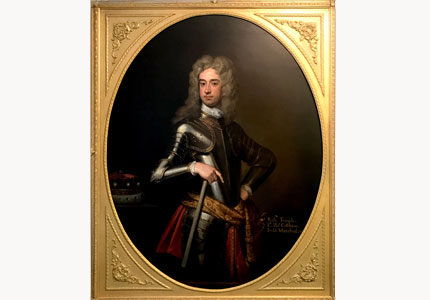 Sir Godfrey Kneller was born in Germany, in 1646 and would go on to become one of the most influential portrait painters of his day, most noted for his depictions of European monarchs.

Sir Godfrey founded a portrait studio, which produced portraits on an almost industrial scale, making the enterprise one of the first of its kind. The studio, whose running and contents was bequeathed to his assistant, Edward Byng on Sir Godfrey’s death, monopolized the genre of portrait painting in Britain and solidified the artist’s considerable wealth.

In 1680, Charles II appointed Sir Godfrey Principal Painter to the Crown. During his services to the Royal Court, Sir Godfrey painted his celebrated ‘Hampton Court Beauties’ series, which featured ten of the most glamorous and famed women of the court of William III. It is for this series that Sir Godfrey received his knighthood.

In 1711 he became Governor of the first London Academy of Arts, and little more than a decade later he died of fever in 1723, at his home in London. At the time of his death, Sir Godfrey left over five hundred unfinished works in his studio, which were completed under the carful watch of Edward Byng.

Sir Godfrey’s work hangs in galleries and private collections worldwide, including the palaces of the royal residents for which they were originally commissioned.

This painting's restoration was an extensive process but well worth the countless hours of painstaking work. An extensive clean, relining, retouch, revarnish and a custom frame were just a few of the steps included in bringing this portrait back to its full glory and grandeur.